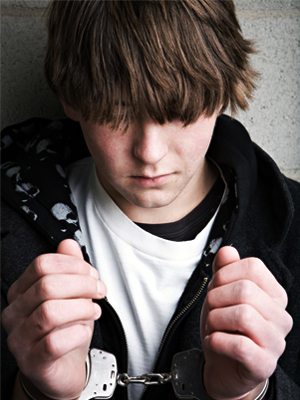 When it comes to criminal charges the earlier you get on to discussing your case with a lawyer the better. Criminal charges will not go away, you need to face them head on. Being armed with the right legal information and a proper understanding of the court process will provide you with the tools and confidence to make the right decisions as to how to deal with your criminal charges.

We understand that legal proceedings can be incredibly stressful. People who find themselves faced with having to go to court can feel intimidated and completely out of their depth.

We can help you understand the law and how the court works. We will listen to your side of the story. We will speak with the Police and appear in court on your behalf. We will assist you to deal with your matters in a manner that has the least amount of emotional and financial stress on you and your family. We will provide you pragmatic and realistic legal advice that will help you to make the most suitable decision for your particular circumstances.

Our lawyers are committed to ensuring you feel in complete control of your matters. We do this by providing you with information, and keeping you informed of what is happening with your case. You can be confident that we will deal with your case with discretion, sensitivity, and with the strictest of confidence.

We cover all areas of criminal law. Below is a list of some of the more common criminal offences a person may encounter:

Street offences can include the following:

Certain provisions of the Criminal Code apply to prostitutes, their clients, and other persons involved in prostitution (e.g. the owners of premises used for prostitution).

Criminal offences relating to prostitution include the following:

It is very important to speak with a lawyer to confirm whether your drug charges can be dealt with summarily in the Magistrates Court or whether they have to be dealt with in the District or Supreme Court. It is much better for you if your charges stay in the Magistrates Court if possible because if your drug charges go to the District or Supreme Court there is a higher chance of you receiving a sentence of imprisonment if you were to be convicted of these charges.

The most important offences related to dangerous drugs created by the Drugs Misuse Actare:

Drug charges that can be dealt with in the Magistrates Court

The following offences (or attempts to commit such offences) in the Drugs Misuse Actcan be dealt with summarily in the Magistrates Court if the person, on conviction of the offence, is not liable to more than 15 years imprisonment (s 13 Drugs Misuse Act):

In addition to the above if you are charged with possession of a dangerous drug, and are liable on conviction to more than 15 years imprisonment, you may still have the charge dealt with in the Magistrates Court if the prosecution does not allege that the possession of the drug was for a commercial purpose (s 14).

If you are prosecuted summarily under these offence provisions you are liable, on conviction, to not more than three years imprisonment (ss 13(4), 14(3) Drugs Misuse Act). Whether or not indictable charges are dealt with summarily is at the election of the prosecution (s 118(2) Drugs Misuse Act).

However, a magistrate has the power to decide not to deal with a charge (s 118(4) Drugs Misuse Act) including if the magistrate considers that the charge is too serious and may require a sentence of longer than three years. In such a case your drug charges will be transferred to the District Court.

An assault is when:

The term ‘applies force’ includes the case of applying heat, light, electrical force, gas, odour, or any other substance or thing whatever if applied in such a degree as to cause injury or personal discomfort (s 245(2) of the Criminal Code.

The word ‘assault’ is broadly interpreted and could extend to the situation where a person presents an unloaded gun or imitation firearm at another person. However, words by themselves which are not accompanied by some bodily act or gesture indicating an intention to assault, would not be classified as an assault.

The following charges fall under this category of assault:

The following offences fall under this category:

The offence of rape is punishable by life imprisonment.

Sexual assault occurs where a person:

A sexual assault can occur where there is penetration as well as other sexual touching or indecent conduct which does not include penetration.

The offence of sexual assault carries a maximum penalty of 10 years imprisonment, or 14 years if there is a circumstance of aggravation.

Indecent acts is dealt with under section 227 of the Criminal Code Act 1899 (Qld).

If the value of goods stolen is less than $150, shoplifting falls under the Regulatory Offences Act 1985 (PDF)and carries a fine of 6 penalty units ($756.9).

If the value of the goods stolen from a store is more than $150, you can be charged with the more serious offence of stealing (or fraud if you leave a hotel or restaurant without paying a bill greater than $150) which carries a maximum penalty of 5 years imprisonment.

Unlawful possession of a motor vehicle

The offence of unlawfully using or possessing a motor vehicle, aircraft, or vessel, is dealt with under section 408A of the Criminal Code Act 1899 (Qld).

This offence requires an intention to deprive the owner of the use and possession of the motor vehicle, aircraft or vessel, either temporarily or permanently; and that it occurred without the consent of the person.

The offence of the unlawful use or possession of a motor vehicle carries a maximum penalty of seven years imprisonment. In some cases, a higher maximum penalty will apply:

The offence of the unlawful use or possession of a motor vehicle is an indictable offence that ordinarily must be dealt with summarily in the Magistrates Court. In certain circumstances, it will have to be committed for finalisation to the District Court of Queensland. This usually occurs where a magistrate is of the view that they cannot adequately deal with the matter because it is too serious, or where the restitution or damage incurred exceeds $30 000

Fraud is a type of stealing that involves obtaining goods, property, money or services dishonestly—by not telling the truth. The offence of fraud is dealt with under section 408 of the Criminal Code Act 1899 (QLD)

A person commits fraud if they dishonestly:

Other fraud-related offences include:

The maximum sentence for fraud is five years imprisonment, but in certain circumstances it can be increased to 12 years. When the amount of money dishonestly taken is greater than $30 000 and if the fraud was committed by an employee or company director in the course of employment, or where the person had possession or control of the property in accordance with a particular obligation (e.g. a trustee) then the maximum sentence of 12 years imprisonment will apply.

Offences of fraud will usually be determined in the District Court, but where the value of the property stolen is less than $30 000, there is provision for the charge to be dealt with summarily in the Magistrates Court.

The violence or the threat of violence must be used for the purposes of obtaining the property or allowing a person to overcome resistance.

Any amount of violence will be sufficient to establish an act of robbery.

The penalty for robbery is imprisonment for 14 years.

An offensive weapon can be gun or sword. It may also be ordinary items which can be weapons depending on the circumstances, such as a knife, wood palings, screw drivers or hypodermic needles and syringes. Whether an item is a weapon depends on the manner in which it is used.

The offence of robbery, either with or without a circumstance of aggravation, can only be dealt with on indictment in the District Court of Queensland.

Burglary is dealt with by section 419 of the Criminal Code Act 1899 (Qdl). Burglary is the illegal entering of someone’s house with the intent to steal.

The offence of burglary has a maximum penalty of 14 years imprisonment, however, if the burglary takes place at night, the break-in is made with an accomplice, or if the person is armed or even pretends to be armed with some sort of a weapon, the maximum penalty is life imprisonment.

Breaking and entering is specifically defined by section 418 of the Criminal Code Act 1899(Qld):

Burglary is a serious offence and is dealt with seriously by the Court. If you have been charged with burglary you need to speak with a lawyer.

Receiving tainted property is dealt with under s433 of the Criminal Code Act 1899 (Qld).

‘A person who receives tainted property, and has reason to believe it is tainted property, commits a crime’. To constitute receiving, ‘it is sufficient to show that the accused person has, either alone or jointly with some other person, had the thing in his or her possession, or has aided in concealing it or disposing of it’ (s 433(2)).

It is an offence for any person to wilfully and unlawfully destroy or damage any property.  Wilful damage is dealt with under section 469 of the Criminal Code Act 1899 (Qld).

The maximum penalty for wilful damage is five years’ imprisonment.  The seriousness of the offence will depend on the circumstances and is determined with reference to the type of property which is damaged and/or the method by which it is damaged.

We believe everyone has the right to be heard. We all have a story. Let us help you tell yours.